Can We Adopt A Baby As An LGBTQ Family?

Adoptions From The Heart is fully committed to equality in adoption and have been working with lgbtq families since 1990.

How Do I Adopt As A LGBTQ Family / Single?

In 2009 we received our first seal of recognition from the HRC as a leader in serving LGBTQ families.

The HRC was founded in 1980 with a goal of supporting congressional candidates who align themselves with fairness and equality regarding the LGBTQ community. Over the last 30 years, HRC has established itself as a powerful force in the movement for lesbian, gay, bisexual, and transgender civil rights to obtain equality across the U.S. in all matters – particularly adoption.

At Adoptions From The Heart we welcome:

Is the legal process different for LGBTQ adoption in the various states where AFTH is licensed?

The laws vary state to state but now that the supreme court ruled in favor of marriage equality it is a little easier for lgbtq couples to adopt. However, while it is unconstitutional for married same-sex couples to be denied the right to adopt by a state agency, unfortunately, there are several states which have passed laws against gay adoption based on religious freedom. These laws are faith-based, meaning that private adoption professionals can refuse to serve LGBTQ couples — even those who are married — that wish to adopt through them if it conflicts with their religious beliefs.

Adoptions From The Heart welcomes lgbtq families and would be happy to assist with your adoption as long as you meet our eligibility requirements for adoption.

Will I have to wait longer than other prospective parents that want to adopt?

At Adoptions From The Heart the pregnant women and sometimes the biological father select the family for their child and many are open to viewing profiles for lgbtq families. We have not seen a significant difference in wait time for LGBTQ couples, however, single parent families whether gay or heterosexual seem to have the longest wait time. It really depends on how open you are to different background situations such as drugs, alcohol, number of visits you are open to, mental health issues etc.

In the event that the pregnant woman chooses to not participate in the selection process, our agency will pick the family based on a number of factors that include the length of time potential adoptive parents have been waiting and whether or not they are open to the medical background of the biological parents.

Have other LGBTQ families had successful adoptions?

Yes!  We have been serving the LGBTQ community since 1990 and have helped bring together many families. We have numerous success stories from families and individuals.

“From our very first experience with Adoptions From The Heart in 1997 through the adoption of our third child in 2004, we have been touched by how Adoptions From The Heart works with us and for us to find the children that have made our house a home. Our experience has been a very good one. The agency had provided both guidance and support that has helped our adoptions go smoothly. Adoptions From The Heart not only works to the benefit of the Adoptive Family, but they make every effort to work with the Birth Family to provide both parties a comfort level and peace about the decisions that are being made.” – Ed and Tammi B.

“The people who showed us such wonderful compassion and caring as we journeyed to bring our precious daughter home will always be remembered in our hearts as our “Dear friends” For us there is no other adoption agency. We would use them again in a heartbeat” – David and Georgeanna F.

“Our entire experience with AFTH has been a pleasure and we would recommend your agency to anyone whom so desires to adopt.” – Frank and Christina P.

“When we began exploring adoption as a way for us to grow our family, we spoke with several agencies and private attorneys. When we met with the social workers at Adoptions From The Heart, we knew instantly that this agency was different. We knew that the question wasn’t “if ” we would be placed with a child, but rather “when” we would be placed with a child. We never felt alone in the process. We were always informed of what was next, what to expect and guided along the way. Today we have two beautiful, healthy, happy children. Every day we look at our family and realize that we are truly blessed. Adoptions From The Heart helped us in every aspect of this journey. They believed in us and were there for us every step of the way. We are eternally grateful.” – Kim G. and Jodi C.

We know you have questions. Our adoption agency staff are standing by to listen to you and give you all the information you need about adoption. Submit a form for more information.

2. Learn About The Process

Our experienced counselors will listen to your concerns, answer your questions, and outline what the entire process looks like during our initial consultation.

This involves applying for police and child abuse clearances in the state where you reside. You will also need to permit a home inspection in order to move to the next step of the adoption process.

If you choose to build a family through adoption

Here are the next steps >>

Here you will prepare a written profile with photos and a video introducing you and your adoptive family to birth moms so they can select a family for their baby.

5. Selection and Completing the Process

Upon receiving news of selection, we will work with you through the rest of the process and provide post-adoption resources for you and your new family. 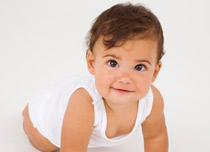